Join our next event
Friends of Okewood Church
GET TICKETS

Friends of Okewood Church exists to maintain this beautiful 13th Century building for everyone.

St John the Baptist Church, Okewood, generally known as Okewood Church, is rightly described as “a gem in a perfect setting”.

Constructed of random local sandstone in the early years of the 13th Century the Church has survived eight turbulent centuries and stands proudly as a testament of Christian witness within the parish of Ewhurst with Okewood & Forest Green.

The trustees feel privileged to support this historic and important building. We thank you for visiting our website and hope you enjoy its contents and will want to give us your support.

Ways to give to our work

If you would like to donate to the upkeep of this wonderful ancient building, please use one of the options below - and if you are a tax-payer, please consider Gift-Aid - as a registered charity we are able to reclaim tax already paid on donations, adding 25% to your gift at no extra cost to you!

You can also help us by making your Amazon purchases through 'Amazon Smile' at no extra cost to you - Amazon then donate 0.5% to us - Click here and select us as your chosen charity.

Please support the upkeep of the church

Can you give a regular amount to the charity?

St. John the Baptist, Okewood was built in the 13th Century of local stone, now part rendered with external buttresses under a Horsham stone roof, the Church’s walls and roof have mellowed and weathered over the Centuries blending with its wooded surroundings to form a scene of singular beauty, which in spring and summer is further enriched by the primrose, anemonies, violets and orchids which carpet the ground.

Today the Church is far from the public highway, but this is a reversal of its former state, for the footpaths now converging on it were once the bridle paths which for centuries constituted the  main highways long before the coming of metalled roads which diverted the traffic elsewhere.

The Church was built in about 1220 as a ‘Chapel of ease’ to Wotten Church for “ye inhabitants or ye outborders of ye parysshes of Wotton, Okley, Abinger, Rydgewyke, Warnham and Ewhurst in ye county of Surrey and Sussex……whiche dwell very ffar distant from ye parryshe churches”.

The original founder of the chapel is not known and the earliest record is dated 1290 and states that Sir Walter de Fancourt presented a priest to the chantry. It was endowed by the gift of land to the value of £200 by Edward de la Hale, a local resident, and a brass is set under the chancel floor recording his death in 1431.

In the reign of Edward V1 an Act of Parliament was passed dissolving Chantries, Free Chapels and the like because of a fear that “superstitious practices” were taking place and by some misapprehension Okewood Chapel was thought to be a Chantry Chapel, and the whole property was seized by the Crown.

For some years after the suppression of the Chapel no services were held and in 1552 expression was given by 13 yeomen “of humble wyse” who presented a petition to the Court of Augmentation “as well in their owne names as in the names of all other inhabitants to the number of three score households” seeking the re-opening of the chapel. Six yeomen, other than the 13 who presented the petition, proceeded to Westminster to champion the cause and an Enquiry was held on April 26th 1553 which resulted in a decree being made that the pension of 5 marks per year be restored to the Parish and a priest appointed.

Then in 1560, the 3rd year of the reign of Queen Elizabeth, one Thomas Atwood, one of the 6 witnesses at the earlier Enquiry, presented another petition praying that the earlier order be carried out and this was duly done.

In 1853 an order in Council was made forming Okewood into a Consolidated Chapelry, and to all intents and purposes Okewood became a Parish Church, and at the same time the patronage of the benefice was vested in William John Evelyn of Wotton in which family it has remained to the present day.

In spite of its remote location the Church is much visited and much loved both by the congregation and the villagers at large as well as visitors from far and near. 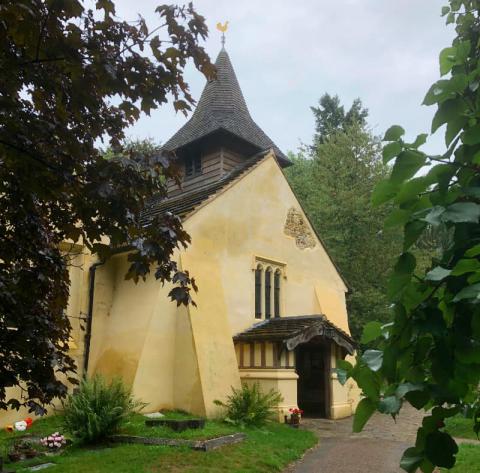 The major re-ordering and complete internal refurbishment of the Church was completed in 1997. By the end of 2015 major restoration work had been completed to the outside of the church. The Trustees are indebted to our Churchwarden Tony Godby for managing with his typical efficiency both the grant applications and the appointment of the professional team led by Conservation Architect Robin Nugent and the supervision of the project itself. The works included:

Take a video tour of this wonderful church.

Our images
All Exterior Interior Events 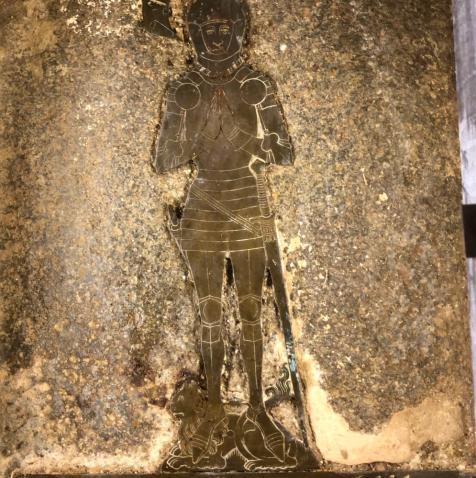 An ancient Brass in the floor of the church 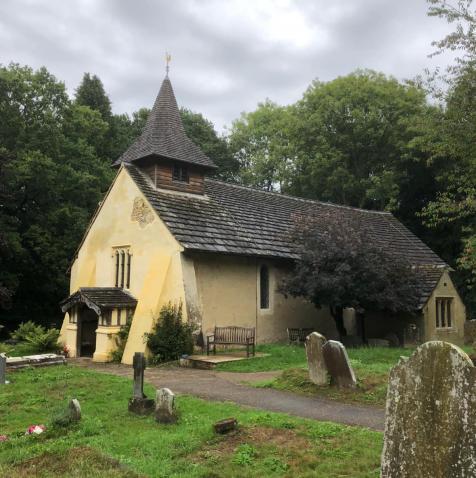 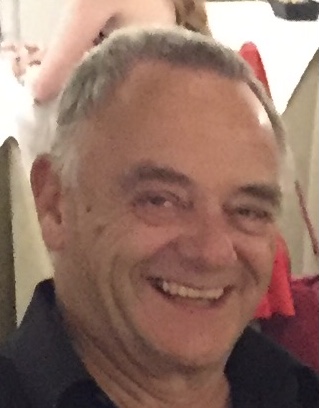 Peter has been worshipping at Okewood since he was first directed there by a God-incidence in December 1994.  He was an early member of the Worship Group when it was formed and was its leader for several years until his retirement in 2020.  As well as… 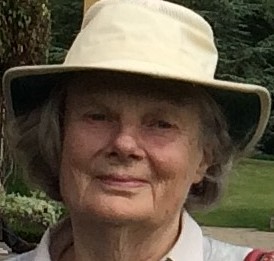 Mairi and her family lived close to Okewood Church for over 50 years and have always worshipped and celebrated important family events there.  Mairi's husband, Julian, was a lay minister for the church. 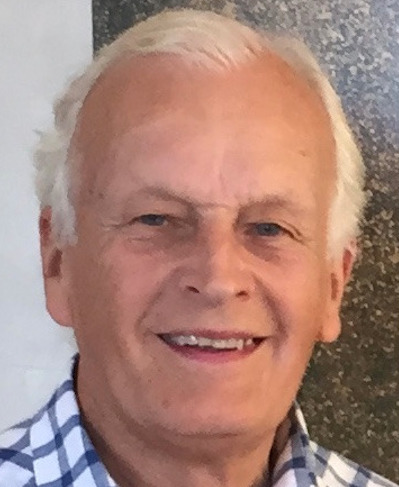 Chairman of the Trustees

Barry is a retired Chartered Surveyor and Property Manager and has worshipped at Okewood Church for over 40 years. One of the charity’s founding trustees, he spearheaded the major works of improving and re-ordering the Church in the late 1990’s.

Samantha is a sole parent to three pre-teenage/teenage children. They live with three dogs, four cats, a tortoise and a goldfish.  She is a partner in a local firm of accountants and tax advisors. Samantha has worshipped at St John’s Church for many years. 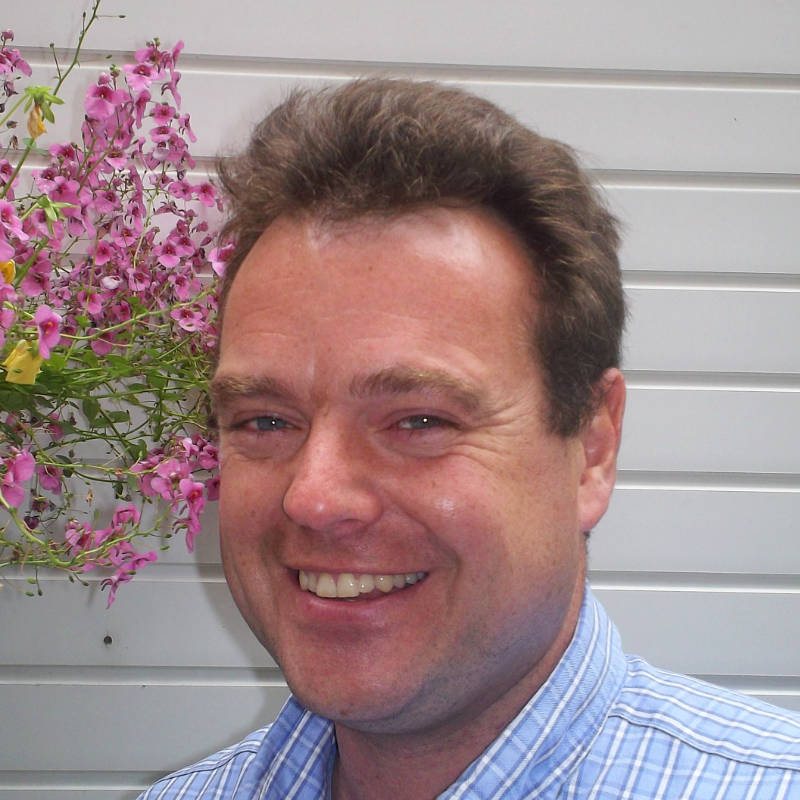 Mr Philip Waller trained at the University of the West of England, graduating with a BEd (Hons) in English and Drama. He currently combines Drama teaching with the role of Senior Schools Advisor following various teaching posts at Cranleigh Prep School.